“We All Have Magic Inside.” —J.K. Rowling 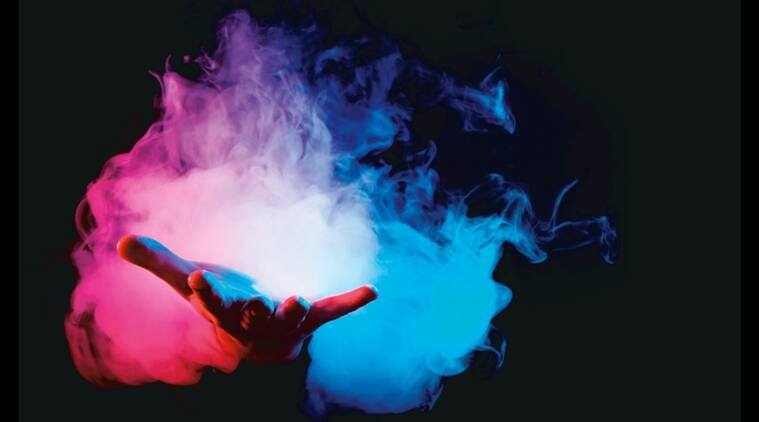 Have you ever heard of “The Hard Problem?” It’s considered the most difficult problem ever conceived by philosophers and scientists. It was stated and, to my mind, solved several thousand years ago by Wisdom Seekers of the East. However, many of today’s scientists and philosophers don’t agree with the solution—I’m not one of them. It’s an important problem because it says a lot about who you really are. I’ll describe it in modern-day terms.

After the Big Bang, some 13.8 billion years ago, of the current 94 naturally-occurring elements on Earth, the only elements that initially existed in our universe were hydrogen, helium, and a sprinkling of lithium atoms. Over several billion years, these elements spread throughout the expanding universe.

Many of these stars became so massive—100,000 to one million times the size of the earth—that the internal pressure force of gravity—in a process called nucleosynthesis—caused the fusion of the hydrogen, helium, and lithium atoms into heavier atoms—beryllium, boron, carbon, oxygen, nitrogen, fluorine, neon, sodium, magnesium, etc. all the way up to the 94 naturally-occurring elements on Earth. Then something happened.

The intense pressure within these supermassive stars caused them to explode in supernova events, seeding these newly-formed elements throughout the entire universe. Various combinations of these elements led to the production of all material things—including you!

We are all descendants of stardust. Interestingly, only four, hydrogen, carbon, oxygen, and nitrogen account for more than 99 percent of all the atoms in your body, with just a sprinkling—less than one percent—containing calcium, phosphorous, sulfur, potassium, sodium, chlorine, magnesium, iron, fluorine, zinc, strontium, iodine, copper, manganese, and molybdenum. These same atoms plus others from the 94 naturally-occurring elements make up all the matter in our universe.

The Hard Problem—Imagine a human embryo that’s a few days old, containing two hundred cells. In the ninth week, these rapidly multiplying cells become a human-like fetus, and eventually after nine months, a fully-grown conscious baby, able to detect changes in light and recognize its mother’s voice, even while in her womb.

That embryo has grown from two simple cells to an infant, constructed of  26 billion cells. That entire baby—your baby—is made up of the four major elements plus a smattering of minor elements, all of which I have mentioned earlier.

The Hard Problem—At what point in this development of a human being does consciousness flicker into existence? At first there’s nothing—no consciousness or awareness in that clump of cells—and then suddenly, magically, at just the right moment . . . within that embryo, it appears and there is something! Where does it come from? Is this a case of creating something from nothing—a human being with an awareness and consciousness that came from nowhere?

Scientists have struggled with the answer to these questions. They have developed numerous theories based on quantum physics and neuroscience, none of which have stood the test of time.

I believe the answer is hiding in plain sight, described by Wisdom Seekers such as Patanjali, Buddha, Aristotle: All matter, every atom and subatomic particle, has some level of consciousness inherent in its form. This atomic Collective Consciousness combines among the atoms that make up a human being to form its Personal Consciousness. From this way of thinking, even inanimate objects have some level of consciousness, although primitive it may be. This is called the Panpsychism (Greek for “all mind or “spirit””) theory of consciousness, a term coined by a sixteenth century Italian philosopher, Francesco Patrizi.

An atom of iron in the Earth’s crust has the same level of consciousness as an atom of iron in Martian soil. In fact, the consciousness of those two atoms and that of their constituent electrons, protons, and neutrons, as feeble as it may be, is connected to the consciousness of all other iron atoms throughout the universe. Infinite and eternal. Infinite because there is some level of connectivity throughout the entire universe. Eternal because, as discussed elsewhere, our universe will eventually reverse its expansion and compress over billions of years back to the miniscule singularity from which it was formed and then re-expand into the next universe. This process of the birth, expansion, compression, and rebirth of a universe will continue forever. Consciousness is never destroyed. It follows this process.

There are, of course, lots of ramifications and consequences of this theory. However, for our discussion here, consciousness is infinite and eternal, and all matter has some level of consciousness. In fact, consciousness is the only intrinsic characteristic of the matter in our universe.

Your uniqueness as a human being is the result of how each of those small consciousness-bearing atoms come together and form the physical structure of your body, most particularly, your brain and therefore your mind. You are not simply the sum of the consciousness of the 7 octillion (7 followed by 45 zeros) atoms that make up the average adult body—otherwise, we’d all be the same! Each of those atoms interact synergistically with all of the others. This results in a unique Personal Consciousness that extends within and without of your body. This is why in hundreds of thousands of reported near-death-experiences (NDE), or out-of-body-experiences (OBE), the consciousness of a person can rise above their physical body and view it.

I leave you with this thought for your consideration—You are human and through your infinite and eternal consciousness, you have always been so. There’s no magic to it—no Abracadabra!