The Alchemist Within You

“The secrets of alchemy exist to transform mortals from a state of suffering and ignorance to a state of enlightenment and bliss.” —Deepak Chopra 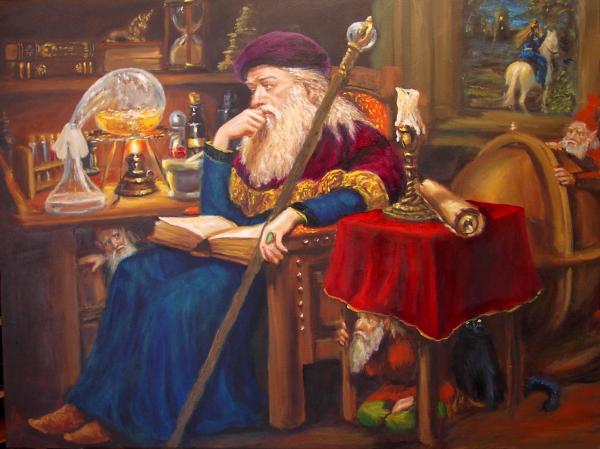 “Alchemy is about penetrating the Soul of the World and discovering the treasure that has been reserved for you.”

“Everything on the face of the Earth has a soul [consciousness], whether mineral, vegetable, or animal.  Everything on Earth is being continuously transformed, because the Earth is alive, and it has a soul.  We are part of that soul, so we rarely recognize that it is working on us.”

“Wherever your heart is, is where you’ll find your treasure.”

“There is one great truth on this planet: whoever you are, or whatever it is that you do, when you really want something, it’s because that desire originated in the Soul of the Universe.  It’s your mission on Earth [the Meaning of Life].”

“The Soul of the World is nourished by people’s happiness.  To realize one’s Personal Legend [Life Purpose] is a person’s only real obligation.  All things are one [It’s called Unity Consciousness].”

“When you want something, the Universe conspires in helping you to achieve it.”

“Intuition is the sudden immersion of the soul into the universal current of life, where histories of all people are connected, and where we are able to know everything, because it’s all written there [The Akashic Record].”

“When someone makes a decision [while following an omen], they are diving into a strong current that will carry them to places they had never dreamed of when they first made the decision.”

“There is no such thing as coincidence.”

“The world’s greatest lie is that at a certain point in our lives, we lose control [free will] of what’s happening to us, and our lives become controlled by fate.”

“People are afraid to pursue their most important dreams, because they feel they don’t deserve them, or that they’ll be unable to achieve them.”

“We are afraid of losing what we have, whether it’s our life or our possessions.  But this fear evaporates when we understand that our life stories and the history of the world were written by the same hand [Cosmic Consciousness].”

“There is only one thing that makes a dream impossible to achieve—fear of failure.

Paulo Coelho’s insights may be summarized this way:

Thoughts for creating a great life for you and for others!

¹ The essence of this article is pursued in detail in Life Is Beautiful: 12 Universal Rules.
² Alchemy is much more than creating the Elixir of Life or turning lead into gold.
³ Known as the Gaia Principle.
4 The Akashic Record was discovered thousands of years ago by Wisdom Seekers from the East. Today it’s often referred to as the Akashic Field. In Sanskrit, the word Akasha means the “fifth element,” above and beyond the four fundamental elements of alchemy—fire, water, earth, and air.
5 He said, “I want to know the mind of God. The rest are just details.”