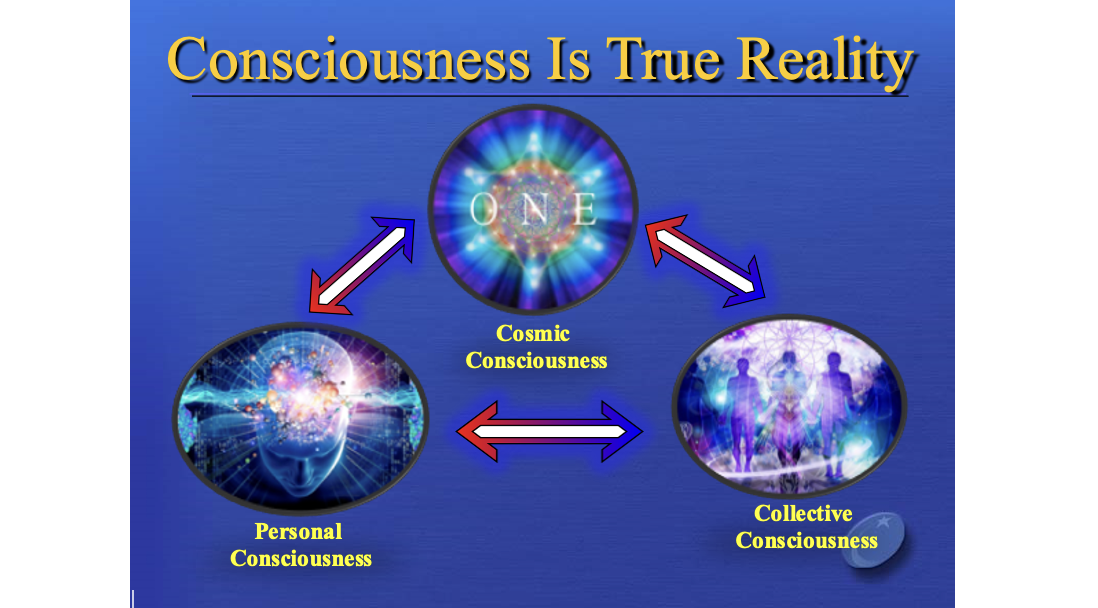 Part 2: What Is Consciousness?

What is consciousness? To my way of thinking—Being conscious means being fully aware of and personally responsible for the impact you have on the world as well as the impact the world has on you. But as we shall see, the implications of this definition run deeper than might at first appear.

The Big Bang theory posits that all energy and matter in the universe was formed subsequent to an explosive cosmic expansion some 13.8 billion years ago of a singularity—a spherical entity, smaller than the smallest known subatomic particles, e.g., a quark—floating in an infinite field of “nothingness.” The contents of that singularity led to the formation of everything in the universe.

Physicists in their attempts to discover a theory that explains everything in the universe—the Theory of Everything (TOE)—have tried unsuccessfully to extrapolate backwards in time to the first instant of that expansion to determine the singularity’s content. Their pursuits have included exotic approaches such as String Theory, Quantum-loop Gravity, and M-Theory. While mathematically elegant, these theories have yet to yield an acceptable answer to their quest.

What if we were to step out of the box of these approaches, in fact, momentarily out of the box of the highly revered Scientific Method? Most physicists agree that the singularity could not have contained energy and matter as we know them. Then we might posit that it contained absolutely nothing but pure consciousness.

This would then imply three important points. First, although according to Einstein’s famous equation, E = mc2,energy and matter are interchangeable, all matter and energy were initially formed from consciousness and can be reversibly converted back to consciousness.[1]

The third point is that the total amount of consciousness in the universe is constant, present either as pure consciousness or as an energy or matter equivalent.

All the above would also imply that just as many small-scale phenomena could not be explained by Galileo’s and Newton’s classical physics, and required the discovery of quantum physics, the laws that govern the interface of our physical world with consciousness will require a new kind physics—call it Spiritual Physics.[2]

Your Personal Consciousness is your absolute reality—not your physical body. You are not your physical body. In one year, you replace more than 99 percent of your body. You recycle your liver every six weeks, your skin every four weeks, your stomach lining every five days, and your skeleton every three months. Even your DNA comes and goes every six weeks like migrating swallows.

Without Personal Consciousness you could not think, imagine or perceive. It—not your mind—creates memories, dreams, imagination, inspiration, intuition, insight, and creativity. Your mind is an enabling instrument just like your computer. It takes non-local, consciousness-created ideas from the universe and enables you to perceive them.

Your Personal Consciousness outlives your body. How do we know this? There have been literally millions of recorded Near-Death Experiences (NDE) in which a person clinically dies—a flatlined brain and heart—and their consciousness leaves their body, aware of everything happening within the proximity to their body.[3] When subsequently revived, they can accurately describe all that has happened around their body while they were clinically dead. This has been experienced even by individuals from all walks of life, including some who have been blind since birth. The only consciousness-related function that dies when your body succumbs is your brain which is the seat of your mind—your conscious mind, your subconscious, and your ego. Your Personal Consciousness lives on.

Equally profound, after death, Personal Consciousness eventually unites with a new life form—Reincarnation. If you have any doubt about this life-death-life transition, read the 2018 book which is referenced above and authored by an award-winning, New York Times investigative journalist, Leslie Kean. Kean, who initially was skeptical of the reality of reincarnation, carried out a detailed investigation and analysis of various NDE incidents and ultimately became convinced of its reality—something Wisdom Seekers of the East have been sharing with us for many millennia.

Consciousness is non-local. It connects everything in the universe to varying degrees. The connection or overlap of consciousness is known as Collective Consciousness, not to be confused with noted Swiss psychiatrist, Karl Jung’s Collective Unconscious. The degree of overlap or the extent and intensity of connection is enhanced by intimacy between individuals. Close family members, friends, and colleagues often have an internal sense of each other’s life. How often have you thought of a close friend and then your phone range and it was her?—Collective Consciousness.

The third aspect of consciousness is Cosmic Consciousness. Einstein called it the “Mind of God.” Since he was a self-described agnostic, if not an atheist, this was not a religious comment, but a philosophical commentary about an eternal source of infinite knowledge and wisdom.

The Ancient Wisdom Seekers called this the Akashic Record. Today, it’s known as the Akashic Field.[4]Maintained in an ephemeral dimension, it is a precise record of every event, thought, and deed that has ever occurred or ever will occur. This field is infinite, eternal, and non-local. It exists within all energy and matter—including you—and is accessible to anyone to varying degrees depending on the extent of their higher altered state of consciousness. One of the major hinderances to potent connection with Cosmic Consciousness is the intense chaos and distractions in our modern world. Frequent meditation helps immensely.

The above description of consciousness can be expressed in a comment by French philosopher, Pierre Teilhard de Chardin—“We are not physical beings have a spiritual experience; We are spiritual beings having a physical experience.”

In Part 3 of this series, we will connect the information from Parts 1 and 2 to present the nature of Conscious Leadership—the highest and most powerful level of leadership—what the world desperately needs—NOW!

[1] This could explain how, billions of years into the future, the universe will reverse its expansion to a contraction over additional billions of years, in its return of all energy and matter back to a singularity. Thus, the cycle of universe formation—>expansion— >contraction—>singularity formation>—>and subsequent expansion to form the next universe, could continue ad infinitum.