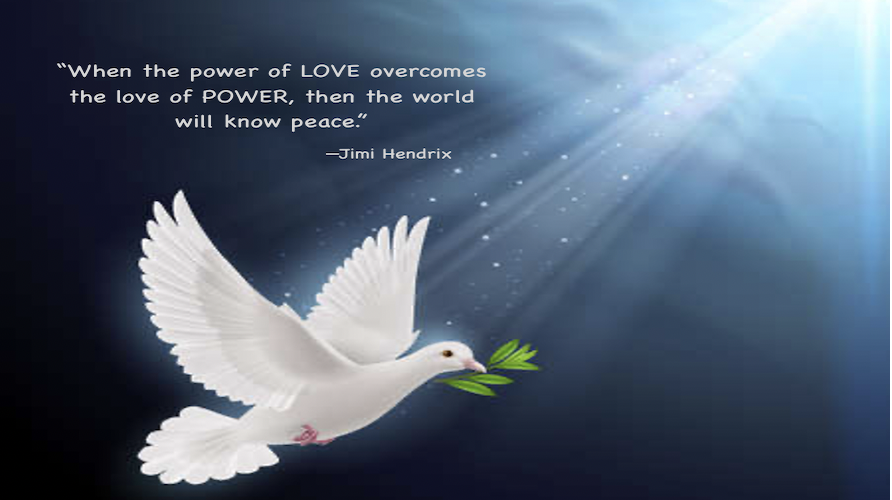 My 15-year old daughter, Julia’s first sentence at breakfast this morning was, “I wish I were born as a child of Generation Y.”[1]

Wow! That caught me by surprise. I wondered what in the world she meant. I asked, “And why’s that?”

“Because they didn’t have to deal with the fear of nuclear war as we are now facing with Russia, and they had a much more peaceful and exciting life.”

I thought for a few moments and wasn’t quite sure how to respond at that moment—how to manage the fear I saw in her eyes. I simply said, “I understand.” And I did. But I had to think for a while to provide what I hoped would be some helpful advice.

Growing up on the East Coast of the US in 1950s during the US-Soviet Union cold war, I vividly recalled the constant threat of nuclear war. I often asked my father, “Why don’t we build a fallout shelter in our backyard?”

We never did and fortunately never needed one although we came very close to it during those frightening twelve days in October 1962, when Nikita Khrushchev, then head of the Soviet Union, threatened nuclear war with US President John F. Kennedy as the Soviets’ placed their nuclear missiles in Cuba, then under the leadership of Soviet-sympathizer, Fidel Castro, and just 90 miles from the US.

Fortunately, at the 11th hour, they avoided the release of catastrophic nuclear weapons on our respective countries. In a last-ditch effort of negotiation, they had to give each other something to save face. Kennedy wanted world peace, so he offered Khrushchev what the Soviets had unsuccessfully demanded for years—the US would quietly remove its missiles from Russia’s front door in Turkey.

The Soviets immediately removed their missiles from Cuba and the two countries managed to somehow coexist until the leadership of Mikhail Gorbachev, then President of the Soviet Union brought about the fall of the Berlin Wall on November 9, 1989, and ultimately the dissolution of the Soviet Union in 1990-91.

However, as we now know, current Russian president, Vladimir Putin, was not then, and is not now, pleased with the changes brought about by Gorbachev.

Having reflected on this history and the world’s current challenge with Russia, I reminded Julia of what historically has been called the Serenity Prayer, often attributed to American theologian, Reinhold Niebuhr and sometimes to Anthony of Padua.

God, grant me the serenity to accept those things that cannot be changed,

Have courage to change the things which should be changed,

And seek wisdom to distinguish one from the other.

I said to Julia, “I’m sure you understand you can’t control the things that President Putin will do, but you can try to turn your fear into some level of serenity as you envision and hope for an eventual peaceful outcome as happened to end the Cuban Missile Crisis. Instead, you can do your best to summon your courage to focus on the present opportunities in your life and do those things you can control and that make your life more fulfilling. In doing so, you will have demonstrated the wisdom to know the difference between those things you can change and those you cannot. So why waste time and emotional energy on the latter? It’s not an easy process, but practiced often, it’s most rewarding.” I asked Julia, “So, does any of this make sense to you?”

She thought for a moment and then answered, “I guess so. I’ll have to think more about it. It’s not easy, especially under the stress of what’s happening every day to those poor people 1,400 kilometers away in the Ukraine.”

“I know, and I understand. Practice will help.”

I could see that Julia was mulling over what I had said. She finally suggested. “Thanks, Dad. I appreciate your thoughts, but probably enough for one breakfast. Don’t you think? How ‘bout a ride to school?”

Julia’s subliminal message to me was also clear. Thanks, Dad. I get it with my brain, and it makes sense. But it will take practice to feel it inside.

[1] The generation born in the 1980s and 1990s, comprising primarily the children of the baby boomers.